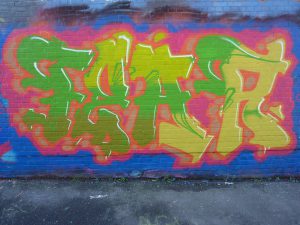 ​”How do you defeat terrorism? Don’t be terrorized.” – Salman Rushdie

It was after midnight. I was driving a fire engine (35,000 pounds, big and red) back to the station after another horrific alcohol-caused fatal head-on crash on the interstate. About a mile ahead I saw headlights coming my way. I immediately pulled off on to the shoulder until the car passed. It was not a rational decision. But, in that moment, I was sure it was another drunk driver and, for a moment, I was scared.

Thoughts on Fear, Facts, and Leaders

I made it to the station and parked the engine (without a scratch!). Woody, another firefighter, was standing in the bay. We stood there and talked; neither of us wanted to drive home. After what we’d seen we were both anxious about driving.
Two 60-plus-years-old, 30-year veteran firefighters worried about driving.
The odds of being killed in a crash in New Mexico hadn’t changed, but for both of us a switch had flipped in our brains that made it feel like we could be next.
In our normal day-to-day lives, we are not great at assessing probability. Add fear, sprinkle in a little shock and we truly suck at it. That simple fact has allowed demagogues to manipulate populations since the beginning of humankind.

A highly charged and terrifying scene had hijacked my mind.

First, although we might think we are rational and objective, we are not probability computers. We rarely assess the real risk of our actions. If we did, we would do everything we could to prevent heart disease, strokes and cancer — the leading causes of death. About 1 in 7 of us will die from those diseases. We’d also wear helmets when we drive.
From an evolutionary point of view it makes sense that we don’t think probabilistically. We evolved to make quick decisions that kept us alive. While the rest of the tribe bolted for the hills, the early Homo sapiens who paused and wondered, “Huh, what is the probability of that noise being a leopard?” did not survive to pass on his or her Spock-like genes.

In our more complicated and nuanced world, the inability to understand risk not only leads to bad decisions – it makes us easily manipulated.

Example: According the National Highway Traffic Safety Administration, the probability of being killed in a car crash in New Mexico (where I live) is 1 in 6,727. It is roughly the same in all states, although New Mexico leads in the number of people killed per crash. In other words, in the general population of New Mexicans, 1 in every 6,727 will be killed in a crash. This is simple probability: the total number of car fatalities : the total New Mexico population.
But driving home from that crash probability went out the window. Why? Because I was afraid. When we’re afraid, our already tenuous grasp on what is a threat and what is not evaporates. When we are afraid, we are the tribe bolting for the hills in fear of the leopard. When we are afraid, it makes sense to intern Japanese-Americans. When we are afraid, there are Communists in every classroom. When we are afraid, it’s easy to convince us that terrorists are lurking in malls.
And I confess that on that night, after observing that fatal, alcohol-induced crash, I was afraid. I saw those lights coming at me and I was sure it was another drunk driver on my side of the road.

On Fear and Manipulation

Next point. When we’re afraid and anxious we are easily manipulated. Nefarious leaders throughout time have used fear to achieve their ends. They keep saying the bogeyman is under the bed, and the bogeyman is usually people who are different than us.
Their task today is made easier by media sources that 24/7 inundate us with images and stories that cause the same kind of anxiety I felt that night. They show the image of a woman killed by an illegal immigrant, powerful and tragic, and the message is that this could — no, probably will — happen to you. Or endless looping images of a terrorist bombing and shooting in France and the not-too-subtle message that this will soon be happening here. Nowhere in these stories is the contravening data: “The chance of an American being murdered in a terrorist attack caused by a refugee is 1 in 3.64 billion per year while the chance of being murdered in an attack committed by an illegal immigrant is an astronomical 1 in 10.9 billion per year.” (Terror and Immigration: A Risk Analysis, Alex Nowrasteh The Cato Institute, 9/13/17. Issue #798)
Although I’m not sure that information streaming across a screen would help. Data and numbers (also known as facts) seem overwhelmed in the brain by images, be they of a terrible car crash or the aftermath of a terrorist bombing.

We Can Help Each Other Through Fear

Last point. In these situations, swamped by fear-speech or terrifying images that hijack our brains, we need help. I was lucky to have another firefighter to talk me down that night, and help me get my perspective back so I could drive home.
As a country, we need leadership. But note that there are two kinds of leaders.

We need leaders in politics, in our communities, and in our businesses asking and sometimes demanding that we face our challenges with courage. Dr. King: “I Have A Dream.” John F. Kennedy: “Ask not what your country can do for you, ask what you can do for your country.” Winston Churchill on the eve of World War II: “I have nothing to offer but blood, toil, tears, and sweat.”
Finally, there was Franklin Delano Roosevelt, who spoke to Americans during another dark time, deep in the Great Depression, when unemployment was near 30 percent and there was terrible unrest domestically and in Europe. At his inauguration in 1933, he not only called out fear, he named it: “First of all, let me assert my firm belief that the only thing we have to fear is — fear itself — nameless, unreasoning, unjustified terror which paralyzes needed efforts to convert retreat into advance.

Roosevelt knew what would bring our country to its knees was not an external threat, but rather the insidiousness of unreasoned fear and the despots who would use fear for their own agendas.
We will always have moments that will terrify us. It is a cost of being human. But we must work hard to not let terror paralyze us, whether it is the fear of drunk drivers stopping us from driving or the fear of the stranger causing us to hate. We don’t have to live in fear and we must fight being governed by terror.
This post was originally shared on Midcentury Modern. Image source: Erokism