You are here: Home / Archives for Uncategorized

This is Jeff Dill, sportscaster, truck driver, turned Firefighter-Paramedic. Jeff is also the founder of the Firefighter Behavioral Health Alliance.

This is Daniel Krahn, Captain, paramedic (and RN!) with the Mesa, AZ Fire department. Daniel started out as a volunteer, has since retired and now is dedicating his time to helping firefighters understand and cope with PTSD.

This is Kelly Stottlemeyer, a Paramedic-firefighter with Salisbury MD, Fire Department. First Responding runs in the family!

This is the next in the series, “Firefighters: Who we are!” This is Steven Greene. Steven is a retired now, but he is still actively supporting the service with his podcast, “Five-Alarm Task Force!” Google it and check it out.

This is an article I wrote on resilience and PTSD for the National Volunteer Fire Council. PTSD is a serious issue for First Responders, but there are things we can do to help!

Learning Resilience in the Fire Service 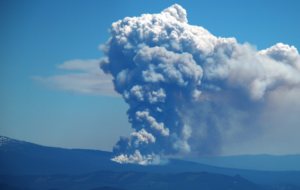