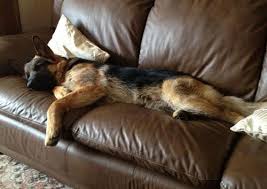 Growing up, my family’s Thanksgivings were massive undertakings, usually including four very Irish Catholic families, which meant twenty children, all under the age of thirteen, eight parents and grandparents.
The particular holiday in question was at our home, which introduced the star character of this story, our three-year-old German Shepard, Shawnee.The activity level in the house and outside before dinner was like a school recess. The kids were running, playing, yelling, fighting and crying.

The adults were trying desperately to make sure no kids were missing or seriously injured. Shawnee, after attempting to herd kids, just jumped in and played; lots of chasing, finding hiding kids and barking in delight.

Finally, my dad had enough and he pointed at me and at Shawnee. That was my cue to take Shawnee to my room. I grabbed my cousin Johnny, who was my same age, and we hightailed it upstairs. As we ran up I heard my mom yell at my almost teenage sister and the girl cousins, “You can’t wear black eye shadow to Thanksgiving dinner! Your grandmother will have a stroke!”
​
In my room, with a couple of other hanger-on cousins, Shawnee jumped on my bed, curled up and watched us. Johnny and I continued the serious conversation that we’d been engaged in all day. We’d both been promoted to senior Altar Boys at our churches and we had discovered girls at the same time. We were weighing the pros and cons. This was an intense conversation, so I never noticed Shawnee slip out of the room.

But apparently Shawnee had plans. With all the dads either drinking, changing diapers or chasing children, Shawnee saw opportunity.

But let me set the stage. In the eye of the family hurricane was our kitchen. There, with the planning and execution that would make a general weep with jealousy, the moms were preparing, cooking and setting the tables.

I wouldn’t say they were militant, but no one was allowed in the kitchen, not weepy three-year-olds, sullen pre-teens, husbands or a loveable pet. This was the place of perfection, where the moms wanted only to lay out, once a year, the perfect family meal. Once a year they strove to gather us all under one roof. Once a year the wish was to have us each hold our breath at the bounty and perfection of a Thanksgiving Day meal. There was a lot of “artistic” tension in that kitchen.

But perfection exists on the edge of chaos. There is always an agent of change ready to knock down the first domino.

None of us noted that Shawnee had somehow gone missing.

At about 4:00 p.m. we were called to dinner. The Minnesota sun was a pale ball setting in the west over a prairie of snow. The little ones were being seated at the kids table and the teenagers were wondering, “would this be the year that we sit with the grownups?”  The turkey was cooling on the kitchen counter. The grandparents were led to sit at the head of the table. It seemed to be coming to pass; that moment of a perfect Thanksgiving.

I recall still being assigned to the kids table. I recall that we had cracked open the door to the backyard because it was warm and a little smoky.

The next thing I remember is my Aunt Betty yelling, “The dog has the turkey!”

We all looked and sure enough, Shawnee had come out of nowhere. She had leapt up on the counter and grabbed a twenty pound roasted turkey in her jaws and sprinted out the door.

Of course all the kids jumped up to chase, knocking over glasses, yanking tablecloths in excitement, but Shawnee was gone, past the tree line into the dark.

There was shock in the dining room.

The kids came back, out of breath from the chase. We all gathered around the “grown-up” table waiting for cues. How should we react? Anger? Frustration?

We waited. And then, my mom just laughed. Then my grandfather, Dinty, joined in. Soon, even the “cool” girl cousins were laughing out loud.

Perfection had again been bested by reality.

I’m sure that Shawnee had not planned any of this, but after we stopped laughing, the entire family visibly relaxed. There was nothing we could do. We ate mashed potatoes, pumpkin pie and sweet potatoes. It wasn’t perfect, but it was a great Thanksgiving. And a very full dog was let back in the house around midnight…